The difficult circumstances which journalists in the occupied West Bank and Gaza face forced many media establishments to choose employing local journalists who are familiar with the nature of the area, while mitigating the risks reporters and photojournalists getting caught in the middle of clashes between Israeli troops and Palestinian resistance in the Gaza.

Photojournalism in Palestine started a little after photography was introduced to the region in the late-nineteenth century by British parties who undertook the first archaeological excavations in the Holy Land. They sought to document their findings and the areas they investigated via pictures, as Rachel Hallote reported (2007 pp 26-41). The British parties were followed by German archaeologists, and eventually by Americans archaeologists. It is understood that some of those parties were attempting to capture their journey in searching for evidence in relation to biblical subjects and connections. Some elder Palestinians claimed that these excavations were part of a planned agenda to pave the way for the Zionist movement to occupy Palestine well ahead the Nazi’s aggression on the European Jews. While American representatives were deeply involved in the archaeological photography in Palestine, it was the British Palestine Exploration Fund dominated the photography activities in Palestine from the 1860s onwards.

Being part of the Middle Eastern region in which there are profound gender equality issues, photojournalism in Palestine is broadly considered a male dominated profession, although Palestine has been the source of a number of case studies where Arab women were given an opportunity to lead and innovate on some topics and thus breaking social conservative moulds. One example of this is the first Arab woman to hold an academic title as a professor and to establish an institute in a western country: Kulthum Odeh, born 1892 in Nazareth.

During the same period of time, another woman from the same city of Nazerath named Karimeh Abbud (1896-1955) was the first Palestinian woman to become a professional photographer. Karimeh lived and worked in Palestine in the first half of the twentieth century, and research shows that she might have been the first female professional photographer not just in Palestine but in the entire eastern hemisphere. Karima received her education at the Schmidt Girls School in Jerusalem, and the American University of Beirut in Lebanon.

Ahmed Mrowat (2007 p 72-78) reported that Karimen Abbud started photography in 1913 in Bethlehem after receiving a camera from her father as a gift for her 17th birthday. Her first photos were of family, friends and the landscape in Bethlehem. Her earliest signed photograph available at present is dated October 1919. She started by setting up a home studio, earning money by taking photos of local women, children, weddings and other ceremonies. She also took numerous photos of public spaces in Haifa, Nazareth, Bethlehem and Tiberias. When local Nazareth photographer Fadil Saba moved to Haifa 1930, Karimeh’s studio work was in high demand. The work she produced in that period was stamped in Arabic and English with the words: “Karimeh Abbud – Lady Photographer”.

She took photos of areas that have religious significance like Kafr Kanna in the Galilee associated with the Cana village where biblical stories describe the event where Jesus Christ turned water into wine. This village flourished in the 16th century, as it is strategically located on the trade route between Egypt and Syria. Karimeh also took pictures of Mary’s Well near Nazareth (also known as “The spring of the Virgin Mary”) which is reputed to be located at the site where the Angel Gabriel appeared to Mary and announced that she would bear a son. The well was positioned over an underground spring that served for centuries as a local watering hole for the Arab villagers.

In the mid-1930s, she began offering hand-painted copies of studio photographs. In a 1941 letter to her cousins, she expresses her desire to prepare a publicly printed album for her photographic work. According to Ahmed Mrowat (2007) Karimeh ultimately returned to Nazareth, where she died in 1955. Original copies of her extensive portfolio have been collected together by Mrowat, who is the Director of the Nazareth Archives Project.

In 2006, Boki Boazz, an Israeli antiquities collector, discovered over 400 original prints of Abbud’s work in a home in the Qatamon quarter of Jerusalem that had been abandoned by its owners in 1948. Mrowat has expanded his collection by purchasing the photos from Boazz, many of which are signed by the artist.

While Palestinian male photojournalists started few years earlier than Karimeh as Nassar reported (2006 pp. 139-155) it was Yessayi Garabedian the leader of the Armenian Patriarchate in Jerusalem who started the first photographic workshop in Palestine. One of Garabedian’s pupils was the famous Garabed Krikorian, as Ankori (2006 p36) reported that he established his photographic studio in the Old City of Jerusalem and operated from there from 1885 until 1948. Krikorian was entrusted to prepare the famous Sultan Abdul Hamid Albums on Palestine and later became the official photographer of Kaiser Wilhelm II during his visit to Palestine in 1899.

Krikorian worked in his workshop for over 40 years. His son Johannes travelled to Cologne in Germany to further his photographic training and came back after years of study and training to become a prominent studio photographer in Jerusalem.

Another of Garabed’s students was Khalil Raad who opened his studio in 1890, across the street from the Krikorian studio, leading to intense competition between the two pioneering photographers. Peace was found when Raad’s niece, Najla Raad was betrothed to Johannes Krikorian and she became known as the peace bride. But unfortunately the historic photographic studio was tragically destroyed in 1948 during attacks on the city as a result of the Israeli occupation movement

In an interview female photojournalist in Gaza, Eman Mohammed, explained that there are severe social boundaries preventing women from stepping into this male-dominated professional sphere, and she also expressed her determination to overcome obstacles as she said “going to take photos at invasions, air-strikes, violent demonstrations, and hot zones seemed like the only way to prove to everyone that I can handle this job, but I could never go there without getting verbally offended or harassed”. 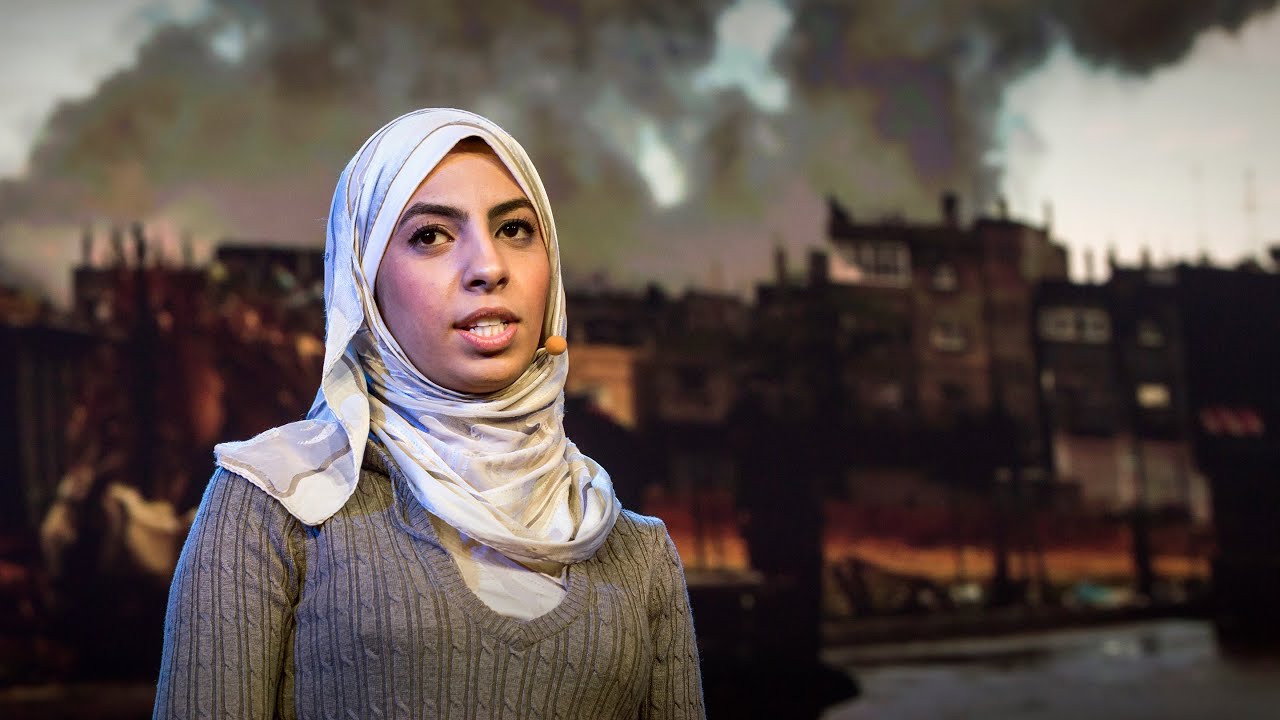 Eman mentioned violent demonstrations, invasions, and air strikes for her subjects unlike the subjects documented by Karimeh, because she had no other choices for such subjects are part of everyday life in Palestine today. Given another choice she may have opted to take photos of fashion shows or festivals, art galleries or anything that is not related to death and destruction, but this is her city and this was the hard reality she had to face.

During the Visa pour l’image international photojournalism festival in Perpignan, France, from August 29 to September 11, 2005 Jack Crager (2005 p10, 15) reported that the exhibitions featured reflected individual photographers’ efforts to highlight major trends. During the exhibition all three participating Palestinian photographers’ images were of funerals in the Gaza Strip. Burgess (1994 p20-22) also reported that during the 1994 World Press Photo annual awards in Amsterdam, the top award went to Larry Towell’s image of Palestinian boys playing with guns for the camera.

Smyth (2005 p12-14) wrote a feature article about three Palestinian photojournalists and brothers based in the Gaza strip who are employed by Reuters. Smyth reported that their work regularly takes them to scenes of chaos and destruction in which they are sometimes, inevitably, involved and face the possibilities of injury. She wrote of Jadallah, who is one of the three Palestinian brothers photographers, being seriously injured on at least four seperate occassions as a result of his work, and she reported on the tragic funerals the brothers cover following acts of war or violence, often involving friends and relatives. Smyth argues that it was their intimate knowledge of Gaza that allowed the brothers to take photographs different to those of Western photographers based in the area.

Eman like almost all other Palestinian photojournalists could not access formal training so she instead received guidance from several photojournalists, and she had to convince her community that photography was only ‘just a hobby, not a lifetime career’ to escape the scrutiny. She had worked for different agencies for free just to have her pictures published.

Unlike Eman, Enas Mraih who is another Palestinian female photojournalist was lucky to work with Alhadath newspaper published in then-Palestine. She was invited to Denmark to participate in a workshop with 28 other journalists from 6 countries: Egypt, Jordan, Yemen, Occupied Palestinian territories of 1967, alongside Israel and the country host. Enas was selected to be on the cover of ‘Crossing Borders’ which is a magazine published in Denmark and circulated in the Arab world. Enas was accompanied by another two Palestinian women photojournalists; they were Kholoud Masalhah, and Qamar Thaher. Enas was more fortunate than other female Palestinian photojournalists in being able to participate few times in conferences to discuss the Palestinian Israeli conflict, and the struggle of Palestinians fighting for the right to be treated equally like Jewish citizens living in the same state holding the same Citizenship, but still suffer racial discrimination by the Israeli government for being an Israeli Arab (Arab by ethnicity, while holding Israeli citizenship).

Laila Abu Odeh is another female photojournalist working in Rafah who was a victim of aggression by Israeli forces; she was shot in her thigh by the Israeli soldiers while filming the shelling of The Rafah Camp near Salah Eddin Gate on the 20th of April 2001.

Palestinian women started taking pictures of families and holy places, ceremonies and weddings because this was part of every day life, but over time the subject has evolved to mortality, shelled schools and homes, and often abundant amounts of blood, including their own. Having been living in an area where everything is disputed including the rights of journalists, there are no institutions that those women can access assistance through, neither any formal training or protection. Armed with only their cameras, those women continue to chase and document the truth no matter what the consequences are. Some of them face imprisonment like Isra’a el-Amarna the photojournalist from Dheisheh refugee camp who has been detained by the Israeli occupation authorities. Isra’a was working in photography to support her poor family when the Israeli occupation authorities arrested her on accusation of membership to Qassam Brigades, and that she had the intention to carry out a martyrdom operation.

Photos included are by the Palestinian photojournalist Karimeh Abbud (1896-1955)

Mrowat, A (2007) Photography As Ethnographic History. Depiction of Israeli-Palestinian Conflict since 1948, The Institute of Jerusalem Studies.

Mohammed, E. (2008) Proud with no pride of the “me” I choose to be Voices from the Frontline. Available online at: www.peacexpeace.org/content/en/yourstory… accessed 20/1/2009

Palestinian woman, Reem Al-Safadi works as a blacksmith at Ourif town near the city of Nablus.