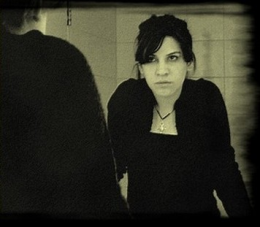 In a year dominated by the Arab Spring, speculation is rife that a Syrian poet and Tunisian blogger could take home the prestigious prizes for literature and peace when the 2011 Nobel Prize season opens Monday.

The names of the nominees for the Nobel Prizes are kept secret by the various committees, but each year rumours abound for the awards handed out in the fields of medicine, physics, chemistry, economics, literature and peace.

The Norwegian Nobel Committee, which awards the Peace Prize, has confirmed a record 241 nominations for 2011, after last year honouring Chinese dissident Liu Xiaobo.

Asle Sveen, a historian specialised in the prize, said he thought the five committee members could on October 7 reward activists behind the Arab Spring, which led to the overthrow of autocratic regimes in Tunisia, Egypt and Libya.

If that were the case, he predicted it could go to Tunisian blogger Lina Ben Mhenni, who chronicled the revolution in her country on the Internet.

“She’s a moderate Muslim, a woman, and the award would be a nod to social media (for spreading peoples’ revolutions) and the Arab Spring,” Sveen said.

“For me, it’s a brilliant idea,” he said, noting that the last time a woman won the prize was in 2004 when it was given to recently deceased Kenyan environmentalist Wangari Maathai.

Meanwhile, the head of the Peace Research Institute of Oslo, Kristian Berg Harpviken, said his favourite was Israa Abdel Fattah of Egypt and the April 6th Youth Movement.

The movement, of which Fattah is one of the founders, “played a key role in maintaining the direction and non-violent character of the uprisings in Egypt,” he said.

Also on Harpviken’s shortlist was Google executive Wael Ghonim, “a principled non-violence activist” who was a central inspiration to the protests on Tahrir Square, and whom Time Magazine has named as one of the 100 most influential people of 2011.

For the Literature Prize, some in Stockholm’s literary circles have also suggested the situation in the Middle East could play a role in the Swedish Academy’s choice, with Syrian poet Adonis seen as a possibility.

“It’s time for a poet and the Mideast. So who would be better than Adonis?” said Nicklas Bjoerkholm, manager of Hedengren’s, one of Stockholm’s biggest bookstores.

The same month, he published an open letter to Syrian President Bashar al-Assad in a Lebanese newspaper urging him to end the bloody repression.

But others say there’s no way the Academy will head down that route.

Stephen Farran-Lee, senior editor at Bonniers publishing house, said “the Academy is very keen to point out that they don’t have a political agenda, and therefore I’d say that the chances for an Arab writer are slimmer this year than they’ve been other years.”

The date of the Literature Prize announcement is revealed just days beforehand, but it is traditionally announced on a Thursday and is therefore widely expected on October 6.

The Medicine Prize kicks off the Nobel season on Monday, to be followed by the Physics and Chemistry Prizes on Tuesday and Wednesday. The Economics Prize wraps things up on October 10.

Laureates receive 10 million Swedish kronor ($1.48 million, 1.08 million euros) which can be split between up to three winners per prize.